This tour explores the rich and varied architectural and social history of the Sycamore Grove area of Highland Park, one of Los Angeles' oldest neighborhoods. 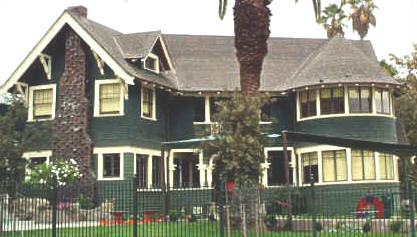 Located along the Arroyo Seco, Highland Park was created in 1870 by developers who purchased the
territory from Spanish and Mexican landowners. Incorporated into Los Angeles in 1895, it quickly
became a thriving part of the city, and was once home to both Occidental College and USC's School of
Fine Arts. At the beginning of the twentieth century, the Arroyo Seco was a center of the nation's emerging Arts and Crafts movement, and was home to one of Los Angeles' first great preservationists, naturalist Charles Lummis. Highland Park is the city's largest historic district (Historic Preservation Overlay Zone) with approximately 2,500 structures.